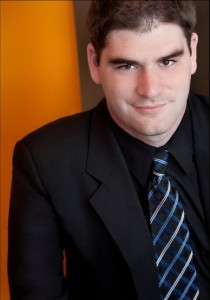 Jared Berry was recently appointed to the faculty of North Shore High School where he conducts the Concert Chorale and Madrigal Singers, and teaches IB Music and Music Theory. Prior to his appointment at NSHS, he was on the faculty at St. John the Baptist Diocesan High School in West Islip, where he conducted six choirs, and taught music theory (introduction and advanced placement) and piano class. During the summer, he serves as assistant director of administration and a member of the faculty at the New York State Summer School of the Arts (NYSSSA) School of Choral Studies, a summer residential program which brings together seventy high school students across the state to further study vocal arts.

Jared serves as Artistic Director & Conductor of the Babylon Chorale, a premiere eighty-five voice community choir presenting annual holiday, classical, and pops concerts. Additionally he serves as Manager and a singer in the Long Island based eVoco Voice Collective, a chamber choir of select singers, conductors, and educators. He has appeared twice as a Music Director at the International Gilbert & Sullivan Festival in Harrogate, England: SavoyNet’s 2014 production of Thespis (second place), and Blue Hill Troupe’s 2015 production of Patience (first place). Previously, he was the Concert Music Director and Chorus Master for the Blue Hill Troupe, a New York City based theatre troupe presenting high quality theatre performances while raising money for New York City charities.

In addition to his conducting and teaching, he serves as the Honor Choir Chair for ACDA Eastern Division (2016 Boston, MA & 2018 Pittsburgh, PA) and as Webmaster for the New York ACDA. A proud alumnus of Hofstra University, he is the Founding President of Allegro Con Brio, the music alumni association, and is co-chair of the scholarship committee of the Alumni Organization. He received a M.M. in Choral Conducting from the University of Georgia, and a B.S.Ed. in Music Education from Hofstra University. 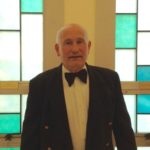 Russell Brand is a longtime member of The Babylon Chorale, having sung as a bass before becoming our accompanist. He plays both piano and organ. A graduate of Westminster Choir College, Mr. Brand has a degree in church music and majored in organ. Currently, he is organist/choir director of St. Paul’s Lutheran Church in Amityville, and assistant organist at Our Lady of Perpetual Help Catholic Church in Lindenhurst. He accompanies the Seaford High School chorus and lends his services to many area churches.

Mr. Brand teaches piano and organ privately, and accompanied the South Bay Chamber Singers during one of their Canadian tours. He is now the Accompanist for The Babylon Chorale Ensemble as well. 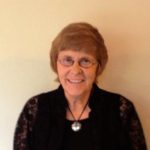 Kathleen Jahosky is a long time member of the Babylon Chorale and Conductor of the Babylon Chorale Ensemble.  She was a former member of the Lindenhurst Middle School faculty where she taught general music classes and conducted the school choirs.  Mrs. Jahosky also taught K-8th grade music and conducted the school chorus and musicale at Sts Cyril and Methodius School.  She holds a degree from SUNY Fredonia (B.S.Ed., Music Education) and C.W. Post (M.S.Ed., Music Education).

Mrs. Jahosky has been the guest conductor for three Babylon Chorale concerts: “Not for Children Only”, “Holiday Joy”, featuring Bach Cantata No. 22 and the Brubeck “Gloria”, and “An Evening of Opera”.  She is a frequent guest conductor of St. Paul’s Lutheran Church Bell Choir for church services and the choir and bells for Music Sunday and Holiday programs.